Pavlos Milton Skerman was at Rosi’s and SoiThai in Switzerland.

Before commencing studies at Swiss Alpine Centre/City Unity in Athens, I had gained insights into the environment and backstage of Swiss restaurants through being part of several successful pop-up restaurants in Zürich. It was during those times that I became aware of what I like to call ‘the eternal beauty of gastronomy’, which lies within the eye bags of most gastronomes. Not only do these eye rings tell stories of all the after-work stress relief, story times and getting in touch with new people, but they also made me aware of the importance of consistency, efficiency and passionately-delivered work. One can tell how dedicated someone is by how dark the bags under their eyes are.

A process of making stress my friend was perhaps one of the most important things I learned.

During my previous internship I wanted to gain double the experience, so I found a way to work in two different establishments run by gastronomes that are good common friends of each other.

Why did I choose to work at Rosi’s and SoiThai in Switzerland?

Food from Bavaria had not been my region of interest and when I thought of a Bavarian culinary experience, the cliché of a German lady wearing a Dirndl and carrying a tray with wheat beer and pretzels would come to mind. I was never really tempted to try the Bavarian cuisine but when my brother made me aware that one of his friends, Markus Stöckle was running a fine dining Bavarian restaurant rated with 15 points by GaultMillau in Zürich, I became curious.

Markus has an exciting imagination, he tells great jokes, he comes up with creative ideas and provides the highest quality of food.

After growing up on an organic-milk-farm in the heart of Bavaria, he moved on to working for some of Europe’s Master kitchens including ‘The Fat Duck’ in London, which is run by Heston Blumental and is rated with three Michelin stars. It was awarded restaurant of the year, best restaurant in the world and best restaurant in the UK. At ‘The Fat Duck’, Markus met his partner in life and in business, Elif Oskan. In 2014, the two established a dessert catering business in Zürich named ‘Miss Marshall’ and in January 2018 they opened their own Bavarian Restaurant ‘Rosi’. They then moved on to opening a Turkish restaurant ‘Gül’.

They are exchanging culinary techniques, contacts and ideas with Valentin Diem and Patrick Schindler who are the founders of many pop-up restaurants including ‘SoiThai’ where I did the second part of my internship.

They are incredibly open to employing people from around the globe and there is a fruitful and alive energy within these restaurants. This was my incentive to work for them. 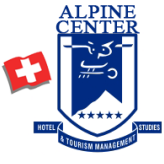